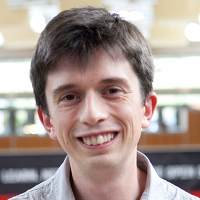 Pete leads the CDI 1.1 specification, and work on Infinispan. Previously, he led the Seam and Weld projects, and am a founder of the Arquillian project. He has worked on a number of specifications including JSF 2.0, AtInject and CDI. He is a regular speaker at JUGs and conferences such as Devoxx, JAX, JavaBlend, JSFDays, JUDCon, JavaOne and JBoss World. Pete is currently employed by Red Hat Inc. working on JBoss open source projects. Before working for Red Hat, he used and contributed to Seam whilst working at a UK based staffing agency as IT Development Manager.

Rapid Java EE in the cloud: JBoss AS 7 on OpenShift

Rapid Java EE in the cloud: JBoss AS 7 on OpenShift

Next generation application development with JBoss and Java EE

Next generation application development with JBoss and Java EE

This session shares an entertaining insight into the genesis of Java EE 7 and how things shall be heading toward its Final Release.

The story begins with stars like CDI and its new magic for the Enterprise world. We explore the Cloud, Social Media, NoSQL and even JSRs from the attic of Java EE are going to play a role, as do "good old friends" in slightly newer outfits and releases. Plus recent additions to the Java stack like JSON or WebSockets.

After learning about the new world of Enterprise Java in the first part, for the second part we'll jump into a pool of real life code examples and use cases for change to be brought by the 7th number of the Java Platform, Enterprise Edition.