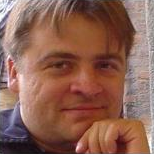 Since 2010, Peter has been a committer on the Play framework open-source project.

Peter is currently writing a ‘Play 2 with Scala in Action’ book, with co-authors Erik Bakker and Francisco Canedo.

The Play framework has brought high-productivity web development to Java with three innovations that changed the rules on Java EE: Java class and template save-and-reload that just works, a simplified stateless architecture that enables cloud deployment, and superior ease-of-use. Following Play's rapidly-growing popularity, Play 2.0 will be released in early 2012 with innovations that are not just new in the Java world: type safe view templates and HTTP routing, compile-time checking for static resources, and native support for both Java and Scala.

Type safety matters. After dynamically-typed programming languages such as PHP and Ruby set the standard for high-productivity web development, Play built on their advantages and has created a type safe web development framework with extensive compile-time checking. Type safety is essential for applications that will scale to tens of thousands of lines of code, with hundreds of view templates. Meanwhile, Play avoids the architectural-complexity that is promoted by Java EE-based approaches. The result is that Play 2.0 first enables rapid initial application development and then Play 2.0 helps you build big, serious and scalable web applications.