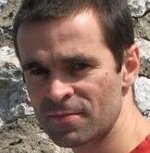 Jacek Laskowski has been getting the gist of the Java Enterprise Edition (JEE) specification and its ecosystem for years and will surely be spending some more to come. He's a committer of Apache OpenEJB and Apache Geronimo. He's recently been very interested in functional languages and the decision to study a few ones - Clojure, JavaScript, JRuby and Scala - shapes his current self-learning activities.

He's the founder and a co-leader of the Warszawa Java User Group (Warszawa JUG) that hosts the javarsovia and warsjawa conferences in Poland. He's a IT Specialist for WebSphere at IBM Polska. He blogs at his latest endeavours at http://blog.japila.pl.

A whirlwind tour of Clojure

Clojure is often described as a small Java library for some concurrency improvements. It's not easy to write a proper concurrent application on JVM and any help in this area is always warmly welcome. In general, Clojure is a Lisp-like functional programming language that runs on the Java Virtual Machine (JVM). During this presentation I'm going to show the language as a tool to build standalone as well as web applications. Many problems are much easier solved by functional paradigm and not only does it give considerable time savings for its concise, almost free-rule syntax, but also for its take on concurrency. OOP techniques like polymorphism, encapsulation, design patterns and many more are a part of the language, despite it being functional language and seem extendable on an unprecedented scale, e.g. multiple dispatch. I'm going to show it using idiomatic Clojure code to tackle real-world, everyday programming challenges that ultimately turn out not to be so. The presentation is more practical than theoretical one, so be prepared for intense Clojure programming session. You'll be surprised how easy it is to use the small Java library called Clojure and make it your language of choice for the years to come. It's really that easy, and you'll have a chance during the presentation.