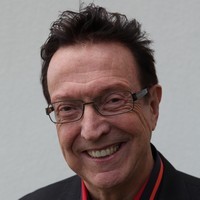 Dr. Ivar Jacobson is a father of components and component architecture, use cases, the Unified Modelling Language and the Rational Unified Process. He has contributed to modern business modelling and aspect-oriented software development.

However, all this is history. Lately he has been working on how to deal with methods and tools in a smart, superlight and agile way. He has developed a practice concept that is now being adopted by both developers and tool vendors. Now he is one of the leaders of a worldwide network Semat, which has agreed to revolutionize software development.

He is the principal author of six influential and best-selling books.

Ivar Jacobson is the chairman of Ivar Jacobson International which has subsidiaries in the US, UK, China, Singapore, Sweden and Canada.

Liberating the Essence from the Burden of the Whole: A Renaissance in Lean Thinking

"In every block of marble I see a statue as plain as though it stood before me, shaped and perfect in attitude and action. I have only to hew away the rough walls that imprison the lovely apparition to reveal it to the other eyes as mine see it."—Michelangelo

So how can a 500 year old quotation be relevant to business today? Well, you’ll be surprised.

The concept of a “kernel” representing the essence of something is a good starting point for most things you build. You start lean and you stay lean throughout the life of what you build. The idea of a kernel has many practical applications in today’s business: 1) designing an agile business, 2) building products using agile techniques, 3) re-engineering your method or way of working. While talking about re-engineering of methods Ivar will introduce Semat (Software Engineering Methods And Theory), a worldwide initiative to refound software engineering.

Proven in many practical situations, the kernel concept provides the ability to scale up the use of agile approaches whilst maintaining control & visibility. It is now being considered for adoption by standards bodies such as the Object Management Group to enable light weight, usable, agile approaches to knowledge management.

The session will introduce the key concepts of a kernel along with some practical applications through case studies.