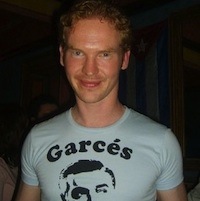 Gavin King leads the Ceylon project at Red Hat. Gavin is the creator of Hibernate, a popular object/relational persistence solution for Java, and the Seam Framework, an application framework for enterprise Java. He's contributed to the Java Community Process as JBoss and then Red Hat representative for the EJB and JPA specifications and as lead of the CDI specification.

Gavin now works full time on Ceylon, polishing the language specification, developing the compiler frontend, and thinking about the SDK and future of the platform. He's still a fan of Java, and of other languages, especially Smalltalk, Python, and ML.

Ceylon: the thinking behind a new language

Ceylon: the thinking behind a new language

Hands on with Ceylon: write your first Ceylon application today