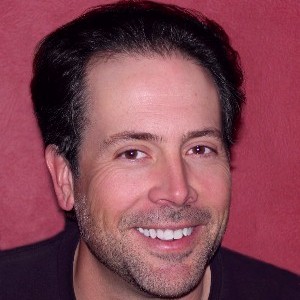 Since 1986, Bruce Eckel (www.BruceEckel.com) has published over 150 computer articles and 6 books, four of which were on C++, and given hundreds of lectures and seminars throughout the world. He is the author of Thinking in Java (Prentice-Hall 1998, 2nd edition 2000, 3rd Edition, 2003, 4th Edition, 2006, see www.BruceEckel.com), First Steps in Flex (with James Ward, 2008), the Hands-On Java Seminar CD ROM (available at www.BruceEckel.com), Thinking in C++ (Prentice-Hall, 1995; 2nd edition 2000, Volume 2 with Chuck Allison, 2003), C++ Inside & Out (Osborne/McGraw-Hill 1993; the 2nd edition of Using C++, Osborne/McGraw-Hill 1989) and was the editor of the anthology Black Belt C++ (M&T/Holt 1994). He was a founding member of the ANSI/ISO C++ committee. He speaks regularly at conferences and was for many years the chair of both the C++ and Java tracks at the Software Development conference, and is a cofounder of the JavaPosse Roundup conference.

In 1997, Bruce founded and is currently the president of MindView, LLC., a Colorado-based corporation focused on providing outstanding training and consulting experiences in programming languages and software system design.

Bruce has a BS in Applied Physics from UC Irvine and a Master of Computer Engineering from Cal Poly, San Luis Obispo. He started his career developing embedded systems hardware and software. He has worked extensively with C++ since 1987, with Java since 1995, with Python since 1997, and is currently studying Scala and other modern languages.

The Power of Hybridization

Programming languages always seem to do some things well but not others: Python punts when it comes to user interfaces, Java’s artificial complexity prevents rapid development and produces tangles, and it will be awhile before we see benefits from C++ concurrency work. The cognitive load of languages and their blind spots increases the cost of experimentation, impeding your ability to fail fast and iterate. If you use a single language to solve your problem, you are binding yourself to the worldview limitations and the mistakes made by the creator of that language.

Consider increasing your wiggle room by crossing language boundaries, complementing a language that is powerful in one area with a different language powerful in another. Language hybridization can speed development to quickly discover your real problems, giving you more time to fix them.

After making a case for hybridizing your thinking in general, I will present a number of simple examples; first showing the benefits of using other languages with multiprocessing in Python and Actors in Scala, then hybridization creating a Go language JSON-RPC server and a Python client, and finally a Python web server with a web client using CoffeeScript, jQuery, Ajax and WebSockets. All examples are kept small so that the syntax of each new language can be explained.

Over half of US workers hate their jobs, and most of this unhappiness seems to come from dysfunctional organizational structures. What if, instead of causing misery, an organization was designed to create happiness among its workers? I’ll talk about the research I’ve been doing on this subject for the past several years, companies I’ve visited, how I’ve struggled against my own preconceptions and limitations, the surprising number of others who are pushing on the same ideas and writing books on the subject, a few things I’ve found that seem like answers, and the questions that continue to accumulate. You should come away with a new perspective on what could be possible with organizations of the (near) future.

Like many new languages, Scala stands upon the shoulders of the Java Virtual Machine. Unlike many, it is significantly more powerful than Java, and might even be a candidate to one day replace Java. However, enthusiastic early adopters have shown that Scala can produce indecipherably obscure code. Despite this, in our upcoming book Atomic Scala, my coathor Dianne Marsh and I show that Scala has many advantages over Java when used as a first programming language. This seminar (which is for programmers) gives a light overview of Scala using examples from Atomic Scala while acknowledging the complexity traps presented by the language.